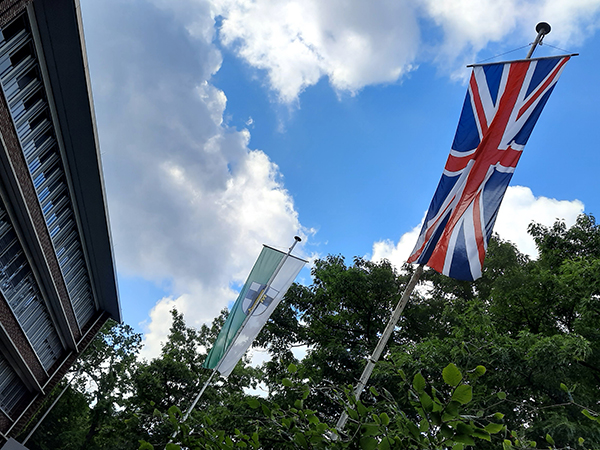 On this day the United Kingdom celebrates the 70. Aniversary of the accession of Queen Elisabeth II. As a sign of solidarity and appreciation towards our friends in Crawley in England and Antrim and Newtonabbey in Northern Ireland, the city of Dorsten has hoisted the Union Jack, the Flag of the United Kingdom, next to the city flag in front of townhall. „Although the British have left the EU, our countries are connected through manifold relations and long-standing friendships are the foundation of our municipal partnerships. On this extraordinary day our thoughts are with our friends in Crawley, Antrim and Newtownabbey and our elation is with them“, said Mayor Tobias Stockhoff.